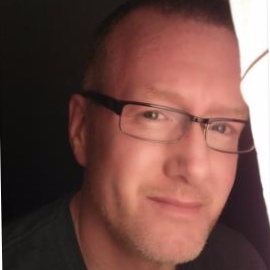 In 2016, Canada exported $400 billion worth of goods, making it the 11th largest exporter in the world.

With Canada’s 150th anniversary this year, it is worth looking back at the evolution of one of the country’s most valuable assets: the automotive industry. Through industrialization, global conflicts, and political pacts, our rich automotive history reflects the creativity, ingenuity, and resilience of Canadians. Today, this industry represents 16.5 per cent of total exports.

After Walter Redpath left the family farm in the late 1800s, he founded the Redpath Motor Vehicle Company, and is credited with inventing Canada’s first car, the Redpath Messenger, in 1903.

Powered by a one-cylinder engine and two-speed transmission, the Messenger could hit speeds of 16 km per hour. It was the first vehicle in the automotive history with a tilt steering wheel and sold for about $650.

The start of large-scale automobile production in Canada took place in 1904 in Walkerville, Ontario near Windsor, where the Canadian-owned Ford Motor Company of Canada fabricated the Model C, the first car to be produced in Canada.

Making two cars at a time, the plant produced 117 vehicles in its inaugural year; with its first export shipment destined for Calcutta, India.

Established north east of Oshawa, Ontario in 1869, the McLaughlin Carriage Company originally made horse-drawn carriages. In 1907, after forming an alliance with Buick for engines and parts, McLaughlin created its own vehicles around the Buick components. By 1914, the company had built about 1,100 McLaughlin cars. Eventually becoming General Motors of Canada, the name of the Canadian-built model was officially changed to McLaughlin-Buick in 1923.

In 1936, a McLaughlin-Buick was purchased by the Prince of Wales, and two McLaughlin-Buick Phaetons were built for the 1939 royal tour (one of which later carried Prince Charles and Princess Diana during their 1986 visit to Canada).

Exported throughout the commonwealth, the cars were produced at the General Motors plant in Oshawa, Ontario until 1942.

Fueled by the demands of World War I, by the end of the 1920s Canada’s automotive industry had grown to be the second largest in the world. But during the Great Depression, exports of automobiles fell from 102,000 in 1929 to merely 13,000 in 1932. By then, most of Canada’s independent automotive manufactures had disappeared and Ford, General Motors, and Chrysler dominated the industry.

But by the early 1960s, no longer enjoying the advantages of Imperial Preference, domestic production could not sustain Canadian demand, and the sector rusted as inefficiency led to a massive automotive trade deficit with the U.S.

Commonly known as the Canada-US Auto Pact, the Canada-United States Automotive Products Trade Agreement (APTA) removed tariffs on cars, trucks, buses, tires, and parts between Canada and the U.S., greatly benefiting the Big Three carmakers. In exchange, the companies agreed not to let Canadian production fall below 1964 levels, and to ensure the Canadian production-to-sales ratio is equal to the U.S.

The agreement was a boon for Canadian auto manufacturers. Before APTA, only 7.6 per cent of vehicles made in Canada were exported to the U.S. By 1968, the figure had jumped to 60 per cent. Automobile and parts production soon exceeded pulp and paper to become Canada’s central industry.

Eventually succeeded by the North American Free Trade Agreement (NAFTA), the Auto Pact was abolished in 2001 after the World Trade Organization found it contrary to international rules.

In 1973, as part of a political strategy the Organization of Arab Petroleum Exporting Countries (OAPEC) announced an oil embargo against the U.S., the Netherlands, Japan, and Canada.

Quadrupling the price of oil, the crisis was felt across the Western world and heavily impacted Canadian exports despite fuel reserves in oil-rich Alberta.

As domestic carmakers struggled to meet vehicle targets through various oil crises, the Japanese auto industry moved into North America. In 1965, Japanese companies like Toyota and Isuzu claimed just 0.3 per cent of the Canadian market. However, the popularity of the smaller, fuel-sipping Japanese vehicles pushed the number to 8.5 per cent in 1975, and 16.4 per cent by 1985.

During the 1990s, the relatively hardy market in the U.S. helped maintain an increase in vehicle production in Canada. Output rose from 1.8 million vehicles in 1990 to it’s all-time peak level of 3.1 million in 1999. A downward trend through the 2000s culminated in 2008, as the global financial downturn placed immense pressure on the automobile manufacturing industry, compelling the restructuring under bankruptcy protection of GM and Chrysler. Overall, Canadian automotive output sank to a low 1.5 million units in 2009.

What goes down must come up

In the post-recession period, consumer demand for new motor vehicles increased and Canada’s share of total North American vehicle production continues to grow. Canada is currently the fourth largest exporter of cars in the world and the ninth largest auto producer in the world, making 2.1 million cars a year.

Trade with the U.S. is by far the most powerful driver for the automotive sector. Export Development Canada has created this series detailing how Canada’s longstanding relationship with the U.S. is affected in today’s integrated global supply chain.

Consisting primarily of assembly plants for foreign automakers, the automotive industry is a vital part of the Canadian economy, supporting 550,00 jobs across the country.