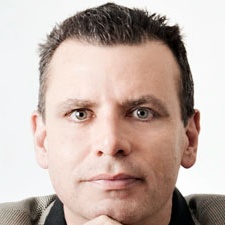 While there’s some debate whether the global mining industry has hit rock bottom, the message for Canadian companies is keep calm and innovate on.

Faced with continued weakening commodity prices, the multi-year down cycle is forcing the industry to rethink, retool and respond strategically. It’s also keeping companies wondering when the market tide will turn and start the slow climb up the prosperity ladder.

“Without a doubt, the billion-dollar question on every miner and investor’s mind is ‘Are we there yet?’” explains Philip Hopwood, Deloitte’s Canadian and global mining practice leader. “When will this downturn change its course?”

Without the assistance of a crystal ball, answering that question is virtually impossible. However, according to Pierre Gratton, president and CEO of the Mining Association of Canada, it’s important to remember the industry is cyclical and cycles are “predictably unpredictable.”

“Yes the industry is in a significant downturn, but it’s no time to get down on mining,” he told the Cranbook Chamber of Commerce in March. “Mining is here to stay. Minerals and metals are the very foundation of virtually all of the goods we depend on in our daily lives.”

Gratton notes that with the global population expected to increase by 2.5 billion people by 2050, and 1 billion more people achieving middle class status, the mining industry has a very promising outlook, driven by three growth factors: population, consumption and infrastructure. “The world will continue to need mining, and Canada can and should continue to be an important place where mining happens,” he says.

Thank Mother Nature for giving Canada the foundations to become a global mining powerhouse. Courtesy of rich geology, our country produces more than 60 minerals and ranks in the top five countries in the global production of 14 major minerals and metals, including:

Canada’s mining industry contributed $57 billion to our nation’s gross domestic product (GDP) in 2014 and accounted for 20 per cent of Canadian exports. Canada has the world’s third largest mining supply chain with more than 3,700 suppliers in engineering, geotechnical, environmental and other services to mining operations.

Despite recent job losses, the Canadian mining industry is facing a skills shortage and employs approximately 375,000 people across the country. One of the highest paying industries in the country, it is the largest private-sector employer of Aboriginal people in Canada on a proportional basis.

Canada’s value of mineral production was $44.7 billion in 2014. The mining industry’s payments to Canadian federal and provincial governments totalled $71 billion in taxes and royalties over the 10-year period, 2003-2012.

More than 800 Canadian companies are actively exploring outside Canada in over 100 countries. Canadian-headquartered mining and exploration companies accounted for the largest portion of worldwide non-ferrous exploration budgets at 30 per cent in 2014.

Given the mining sector’s crucial role in the nation’s economy, Export Development Canada (EDC) is putting special emphasis on Canadian mining companies to help the sector maintain its global leadership.

“We do a number of things in both trade facilitation and creation,” says Tomas Cabanillas, EDC sector expert, mining. “Basically it’s bringing the international angle to Canadian industry, both from the perspective of intelligence and business opportunities. We put a lot of effort into having a deeper understanding of the Canadian offerings and the new generation of companies so we can connect them to the right opportunities.”

In an effort to facilitate more trade opportunities for Canadian exporters, EDC has created the new position of Global Trade Director. Andrea Gaunt has assumed this new role for the mining sector. “The focus is on developing important long-term relationships with key foreign mining companies operating in priority countries from a Canadian export perspective,” says Gaunt. “Developing these relationships will allow us to better understand where potential Canadian export opportunities may exist. ‎With this enhanced knowledge of future procurement needs, the focus then shifts to making potential matches between Canadian capabilities and foreign mining companies’ needs.

This bilateral and hands-on approach gives Canadian suppliers an advantage in a very competitive global market, particularly in priority regions such as South America and Africa where a significant amount of Canadian investment and exports exists.

While EDC’s helping hand is a plus, there are key traits Canadian companies need to extol to succeed in the mining industry’s emerging new normal.

“More than ever, mining companies are looking for those suppliers that offer some level of competitive differentiation – a proven concept, technology, product or service that will add value to their customer – such as by reducing costs, increasing productivity, reducing the environmental footprint, mitigating their risk or improving health and safety,” says Gaunt.

“Renewable energy and clean tech innovations are now proven technologies with significant cost and operational benefits for the mining industry, with water treatment and waste management solutions considered a priority. These are critical areas virtually all mining companies are focused on, particularly in the current environment where commodity prices remain depressed.”

Innovating the way to prosperity is an underlying message found in Deloitte’s Mining: Tracking the Trends 2016 report, which identifies the top 10 key industry trends for the year, and includes leaning out operations to cut costs, and focusing on new and improved ways to conduct business near the top of the list.

“In an effort to achieve true operational excellence, industry leaders are leveraging best practices from other industries and tackling difficult issues, including labour relations,” the report states. “Although innovation has become a critical theme for miners, many mining companies remain at the early stage of the adoption curve—placing most of their innovation focus on technological optimization of old techniques rather than looking for new ways to configure and engage externally.”

“There are multiple factors driving up the costs to operate a mine, such as the decreasing grades of minerals remaining and existing discoveries being located in more remote locations. Additionally, social and environmental issues are increasing in complexity (for example new carbon taxes regulations) which is further driving up mining project costs and ramp-up time. Water supply is also an increasingly big issue for mining projects which presents physical limitations as well as additional costs. These increasing costs, combined with downward pressure on commodity prices, have accelerated the need for mining companies, which are traditionally conservative and not early adopters, to start embracing innovation,” she adds.

The reason why many companies are averse to change, stems from the fact that incorporating a new process or technology can introduce additional risks. “It’s a leap of faith for companies to adopt something that is considered a “disruptive technology,” Gaunt says. If the new process doesn’t work, it could be very costly to the bottom line.

The Deloitte report highlights both short and long-term innovation strategies companies can adopt.

Canada does have a few early adopters that are acting as models for others to emulate.

“Over time, with increasing costs, all companies will have to move in this direction if they want to be sustainable,” she adds.

The mining industry is not battling the innovation challenge alone and can look for best practices in other sectors, like the automotive industry, which implemented a number of measures to boost innovation and operational excellence in response to the 2008 financial crisis.

“Miners can no longer afford to look at industry trends and address challenges in isolation,” explains Philip Hopwood. “In 2016, we start to see examples of ecosystems developing in the form of broad partnerships among industry and technology experts, governments and other community groups, all of which have a stake in the development of the mining industry.”

Among its roles EDC is helping lead convergence in Canada, especially between the mining and information communications technology (ICT) industries.

“There are other Canadian industries that are helping mining, directly or indirectly, become more efficient and more competitive,” says Cabanillas. “A very good example is the ICT industry and the concept of the Internet of Things (the industrial internet).”

EDC has been working with a number of mining companies in Canada and abroad, to help incorporate the idea of the Internet and big data analytics to become more efficient. “It’s about thinking how the IT and mining worlds communicate with each other,” he adds. “The concept of industry sector convergence is a boost for understanding the Canadian value proposition (globally).”

An example is Canada’s aerospace training and simulation magnate CAE, which at one point had a mining division where it used the same technology to train mining labourers on how to operate sophisticated mining machinery remotely.

Historically, mining companies are well established and possess experience, capacity and substantial financial resources. However, these are no longer necessarily prerequisites in what’s being described as mining’s new normal.

“What we are seeing now is that many of the companies which offer innovative disruptive technologies are the SMEs,” says Gaunt. Agility is key and most established companies chart a course to success by keeping the status quo and being more risk averse. “A small company doesn’t have the same level of overhead and often has a very innovative mindset,” she adds.

That’s opening more doors of opportunity for smaller companies, which even a few years ago wouldn’t have been able to compete.

“If the value proposition is strong enough and if the competitive advantage is interesting enough, a lot of mining companies are willing to overlook the traditional key success factors (of a supplier) that they insisted on before,” Gaunt says.