The U.S. has put tariffs on Canadian steel and aluminum, calling them a threat to national security. In this timeline of events, discover:

On June 1st, after several weeks of discussions and speculation, the U.S. ended temporary exemptions from its steel and aluminum tariffs for Canada, Mexico and the European Union.

Many were surprised the U.S. Administration would impose a 25% tariff on steel and a 10% tariff on aluminum products, justified on the basis of national security considerations, against many countries, including its longstanding military North Atlantic Treaty Organization (NATO) allies.

Industry insiders and foreign governments have been following this case as it developed for over a year, quietly preparing for this outcome, even if they had hoped to avoid it.

This dispute traces back to U.S. President Donald Trump’s campaign promises to protect U.S. manufacturers from what he views as unfair foreign competition. After coming to office, the president, in April 2017, asked U.S. Secretary of Commerce Wilbur Ross to launch an investigation into the effect of imported steel and aluminum on national security, under a law that has rarely been used in recent years. Section 232 of the Trade Expansion Act of 1962 gives the president considerable policy discretion.

These reports were released in February this year. They found that steel and aluminum imports to the U.S. were, in fact, a threat to national security, as excess global production capacity in these markets was harming the ability of U.S. producers to make crucial materials. The Commerce Department provided three options for the president to address the problem. These recommendations outlined how the U.S. could use tariffs or quotas to restrict imports for a sufficient period of time, which would allow U.S. steel and aluminum producers to increase their production capacity utilization rate (up to 80% in both industries, up from 72% and 39% in 2017, respectively).

The U.S. administration made its first move, announcing tariffs that took effect on March 23rd. This subjected roughly $US17.9 billion in U.S. imports to new tariffs for a select group of countries, including Russia, China, Japan and India (right-hand side of the figure). Together they represented just over one-third (37 per cent) of all U.S. imports of these products in 2017.

The reason for the partial, initial move is that several countries were given temporary exemptions, which together exported roughly $30.1 billion of steel and aluminum to the U.S. in 2017 (left-hand side of the figure).

Source: Based on work by Chad Bown (Peterson Institute for International Economics).

In the intervening period, a subset of countries with temporary exemptions (South Korea, Brazil, Argentina and Australia) agreed to voluntarily restrain their exports to the U.S. or be subject to U.S. quotas. These countries are relatively small players in the U.S. market and together represented $7.0 billion, or 15 per cent of U.S. imports in these products in 2017.

Unfortunately, Canada, the European Union and Mexico (farthest left in the figure) did not reach an alternative solution. The U.S. administration announced the end to their temporary exemptions on May 31, effective the following day. This matters, because these countries are the largest suppliers of steel and aluminum to the U.S, accounting for $23 billion, or almost half in U.S. imports in 2017.

This isn’t the first time the U.S. has imposed steel tariffs

In 2002, President Bush imposed tariffs of 30% on steel products for certain countries. As NAFTA partners, Canada and Mexico were exempted, as were some developing countries. The tariffs were initially expected to last three years to give U.S. producers time to adjust. They were repealed after only 18 months, however, when the World Trade Organization (WTO) ruled they violated global trading rules.

Notably, U.S. steel-consuming industries (which include transportation manufacturing, fabricated metals sectors, electrical equipment and construction) opposed the tariffs, which increased prices for their key inputs and reduced their profit margins. One study estimates that U.S. steel industry employment increased by 3,500 workers, which came at a considerable cost of roughly $400,000 per job saved.

But this time is different from the previous tariffs

One key difference between the previous steel tariffs and the current episode is this: In 2002, the U.S. steel tariffs were used as a safeguard measure, needed to give the U.S. market time to adjust. The current actions, however, are being justified based on national security concerns. This approach is already being contested by several countries who are bringing cases to the WTO to challenge their legal justification.

The U.S. has already launched an additional investigation under the same national security legislation on autos. If tariffs on autos — which is a much larger industry — were also enacted, it has the potential to cause significant disruption to global trade. If other countries were to follow suit, national security could be used to justify additional trade restrictions on a potentially wider range of industries. 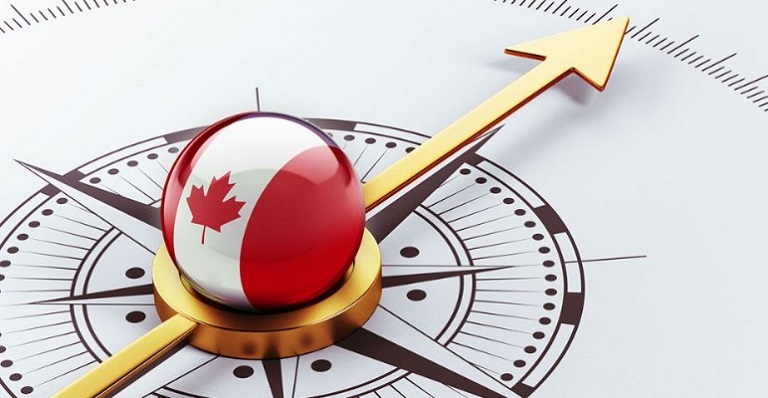 Guide
Exporting beyond the U.S.: Expanding into OECD markets

This white paper provides practical, how-to information to help your company look beyond the U.S. and start developing markets in other OECD countries.