The word from EDC’s woman in Mexico

From Teresa Nizzola’s perspective, exporters don’t move into a new market with short-term goals — and that’s what makes Mexico attractive.

Mexico has everything it needs for success for the long term.

“Mexico has everything it needs for success for the long term,” said Nizzola, chief representative for Mexico (Americas) at Export Development Canada (EDC). “Looking at the next one to two years, you’re nervous because of everything that Trump is putting out there, but Mexico boasts the second-biggest economy in Latin America, and the 14th-biggest in the world. Also, Goldman Sachs predicts that the country’s economy will be placed fifth in the world by 2050. From a long-term perspective, it’s headed down the right path. The road may get bumpy, but if you take a long-term view, it should appease your concerns.”

She said that the high panic felt in Mexico in the earlier days of U.S. President Donald Trump’s election win has subsided slightly and people are realizing that what was being proposed would have an affect not only on Mexicans, but also on American consumers. “Mexicans are now thinking that common sense should prevail,” she said.

“Trump makes the front page of many newspapers and that’s making people nervous, but when you know the internal workings, you’re just not as concerned. Mexico is a market of the future.”

The word from an EDC executive for the Americas

EDC’s Andrea Tunney advises Canadian companies that are exporting to Mexico to stay the course and not get too ahead of themselves until they know what’s happens in the next few months.

“When a company goes to market, they do an assessment of the risk,” said Tunney, EDC’s regional VP for the Americas. “My advice would be to go back and check that assessment. Factors, such as the FX rate, may have changed. I think there are new opportunities that are opening up, so it’s time to see what’s transpired in the market that may have changed the situation in their favour.”

The case of DBG Canada Ltd.

Canadian exporters doing business in Mexico aren’t running scared despite the rhetoric coming out of the White House about the future of the North American Free Trade Agreement and the U.S.’s trade deficit with Mexico.

If you’re going to participate in whatever the changes are going to be, it’s best to be there to leverage that. Mexico is a growth opportunity — a significant one — as is the U.S. Canada does not provide the same growth opportunity because most of the truck and car companies are investing in the southern states or Mexico.

In the automotive sector, which is one of Trump’s main targets, companies such as DBG Canada Ltd. remain bullish on Mexico. DBG manufactures car and truck parts and has more than $100 million in annual revenue. Of its approximately 1,000 employees, 60 per cent are in Mexico. DBG’s largest customer has a facility in Mexico while DBG has two manufacturing-component facilities there.

“Our Mexican operations represent approximately half our business,” said John Forester, CFO of DBG. “It’s as big as our Canadian operations.”

Regarding Trump’s statements on Mexico, Forester simply said: “Customers such as big car and truck companies have been and continue to invest in Mexico and the southeast U.S. That’s been going on for a number of years prior to the change in administration in the U.S. Our position is that we need to continue growing our Mexico operations. We’re trying to bring in new customers that are down there. There’s a lot of activity in Mexico as well as the U.S. We’re also looking at establishing a footprint in the U.S.”

Forester said he thinks investing in Mexico makes more sense than ever. “If you’re going to participate in whatever the changes are going to be, it’s best to be there to leverage that. Mexico is a growth opportunity — a significant one — as is the U.S. Canada does not provide the same growth opportunity because most of the truck and car companies are investing in the southern states or Mexico.”

Forester sees Donald Trump as someone who likes to work the media.

“He provides good entertainment value,” the CFO said. “There are concerns, but it’s not the first time that someone has rattled the tariff- or NAFTA-saber. NAFTA benefits a significant number of people and jobs in the U.S. If Trump  wants to create the jobs he says he does, he won’t start by eliminating those that already exist.”

Forester said he expects some adjustments to NAFTA. Texas and California both have significant trade relationships with Mexico. “Adjusting tariffs may not be where the job growth opportunities for the U.S. are,” he said.

Ultimately, “you can’t run for the hills unless you know what you’re running from and there’s really nothing to run from right now,” he said.

Most of his competitors and colleagues are also taking the wait-and-see approach.

As for foreign exchange hedging, he said a significant amount of DBG’s revenues are in U.S. dollars, so as long as the “ins and outs match,” there’s no material need to hedge.

Exo-S has a subsidiary that runs a manufacturing facility in the Queretaro state of Mexico. The company, which has $100 million to $200 million in annual revenues and 800 employees, 200 of whom are in Mexico, manufactures plastic parts for automobiles and sells them to the Mexican market. It also manufactures other plastic products as part of the legacy side of its business, said Martin Poët, vice-president of finance for the company.

When it comes to Mexico, Exo-S is staying put. “We’re not seeing big changes yet,” Poët says. “The contracts that we have won’t be cancelled; they’re ongoing and we’re not seeing any significant changes in the orders, or from the customers.”

For now, it’s kind of mixed messages. We still have customers that knock on our door and ask for quotes. There’s activity now, but we don’t know how long it will last.

He admitted that the anti-Mexico rhetoric out of the U.S. is confusing people and adding to the uncertainty in Mexico, but until he has concrete information, the company remains in a wait-and-see position.

“For now, it’s kind of mixed messages,” he said. “We still have customers that knock on our door and ask for quotes. There’s activity now, but we don’t know how long it will last.”

He doesn’t expect any impact on the company’s automotive customers because they’re in Mexico, but said that when it comes to new contracts, the company has no indication from its customers.

“That said, we don’t see any big customers closing the door and going to the U.S,” he said. “We don’t believe there will be any economic justification for that, for now,” he said, and added that Exo-S isn’t doing any FX rate offsetting.

“We are taking a conservative approach on our investments. We won’t invest much unless we have firm contracts. We are a cautious company because we’re capital intensive. We prefer to be sure we have the sales and the volume before we do major investments. For now, it’s maintaining the investments we have. If we get new contracts, we could expand.”

Exo-S also has plants in Québec, Michigan and Indiana and it does export from its Canadian facility to the U.S.

Panic, pause or press on: A look at the Mexico business climate 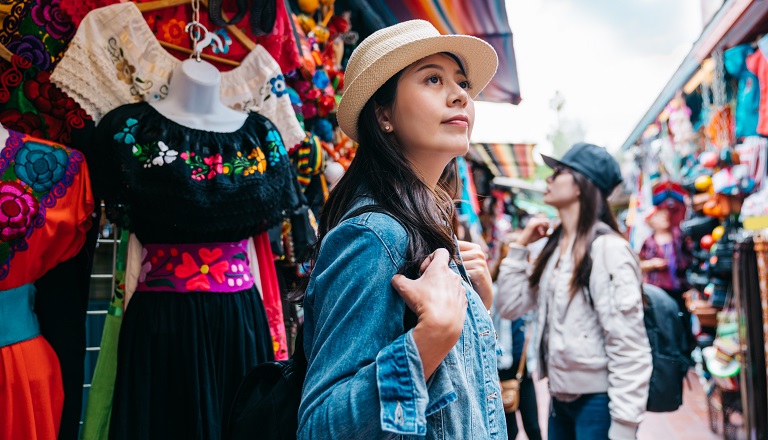 A key trading partner, Mexico offers many opportunities for Canadian companies. This guide highlights the country’s main business sectors and outlines the risks and benefits of expanding into these markets.