More than 60% of the world’s economic growth in the next decade will come from emerging markets, representing the equivalent of US$15.5 trillion. Canadian companies looking to grow beyond their borders may find enthusiastic consumers for their products and services in places they didn’t expect.

Of 71 emerging economies around the world, 18 have been identified as outperforming global benchmarks. South Korea and Indonesia have long been on the radar.

Indonesia has a huge domestic market, Sukilo said. With a population of more than 250 million, it’s the fourth-largest country by population.

“The middle class is also sizable and rising,” Susilo said. “It takes up 70% of the total population so it’s already become a market very much favoured by business people around the world. Indonesia is expected to become the seventh-largest economy.”

India and Kazakhstan have also recently joined the ranks of some of the world’s fastest-growing economies. India, for its part, is investing heavily in new infrastructure, with an economy forecast to grow more than 9% in the next 12 months.

Forum panelist Anu Madgavkar, a partner at the McKinsey Global Institute, presented research on emerging economies that shows seven economies have been growing at an average rate of 3.5% over the last 50 years, and an additional 11 countries have grown at this rate for the past two decades.

“The seven countries all happen to be in Asia,” Madgavkar told the forum audience. “China, South Korea, Singapore and Hong Kong, Malaysia, Indonesia and Thailand. This is an Asian and southeast Asian cluster of outperformers.”

Madgavkar outlined several things that enabled these countries to grow at a rapid rate:

The result has been the creation of a massive consumer class. This means millions of buyers ready to purchase Canadian premium products, and governments looking for investors for new infrastructure to support their growing business class.

Canada also enjoys preferred access to markets in Asia through free trade agreements. Last January, Canada signed onto the Comprehensive and Progressive Trans-Pacific Partnership with 10 countries bordering on the Pacific Ocean, including Malaysia and Singapore. Canada also has a bilateral trade agreement in place with South Korea. We’ve enjoyed free trade with Chile since 1997.

And it doesn’t look as though anyone will be putting the brakes on economic growth in Asia anytime soon, said Madgavkar. As Western economies manage disruptive forces like talent shortages,  emerging markets are poised for further growth.

“We think that some of these global forces could be advantages of emerging markets,” Madgavkar said. “If you look at the phenomenon of technology just eating away jobs and people not finding work as a result — we think that notwithstanding that phenomenon, a lot of the lower-income emerging markets still have room to grow.”

The potential created by these newly-buoyant economies should be the cause for great enthusiasm among Canadian businesses.

For almost two decades, more Canadian businesses have been selling into fast-growing, emerging markets, and companies searching for untapped potential should continue to look beyond traditional developed markets and consider the potential of emerging markets, or markets of opportunity.

Latin America and the Caribbean: Chile

With one of the most liberal foreign investment regimes in the world and the lowest overall risk among emerging markets, Chile is an ideal market for Canadian exporters. Chile’s key industries are; Construction & Infrastructure, Environmental Infrastructure & Waste Water, Forestry (Lumber, Pulp & Paper), Mining & Metals and Power, and its economy is highly dependent on international trade, accounting for more than 60% of its $452.1 billion GDP.

The implementation of the Goods Services Tax (GST) enables the country to create a common internal market, focusing on public sector reforms and improving the business and investment environment.

Ranking 2nd among emerging markets, and first among emerging European markets, Hungary’s consistently growing economy provides an excellent foundation for international business, despite being one of the smaller countries in the EU.

Hungary has been a signatory member of the Organization for Economic Co-operation and Development (OECD) since 1995, and in ’96, became a member of the World Trade Organization (WTO) in 1996. The country became part of the European Union in 2004, which led to further market liberalization.

Dubai's transformation into high-tech metropolis leads the way for the UAE, and emphasizes its place as the premier business and communications hub for the region.

Oil plays a far less prominent role in the UAE. Production has been steadily declining from a peak of 410,000 barrels/day in 1991.

Ranking 1st for ease of access among emerging markets, the UAE’s successful efforts at economic diversification through trade, tourism and property development have created a broad scope of opportunities across all industries. Dubai has developed free trade zones, offering 100% foreign ownership and zero taxes, are attracting foreign investors. Canada has a strong commercial trade relationship with the UAE in many sectors such as Oil & Gas, resources, power, infrastructure and environment and telecommunications.

Strong international business strategies geared for growth should include a solid risk management strategy that accounts for financial, political and supply chain disruptions.

China boasts a huge population but, like many emerging economies, its even growth is limited by the disparity of wealth between city and rural areas, and a less-developed, fixed infrastructure. Brazil, India and other emerging economies face similar challenges.

Canada positioned to compete for business in emerging economies

In today’s intertwined global economy, consumers are accustomed to seeing products and produce from every corner of the world. International trade has a more far-reaching influence, creating major opportunities for global investment and innovation. 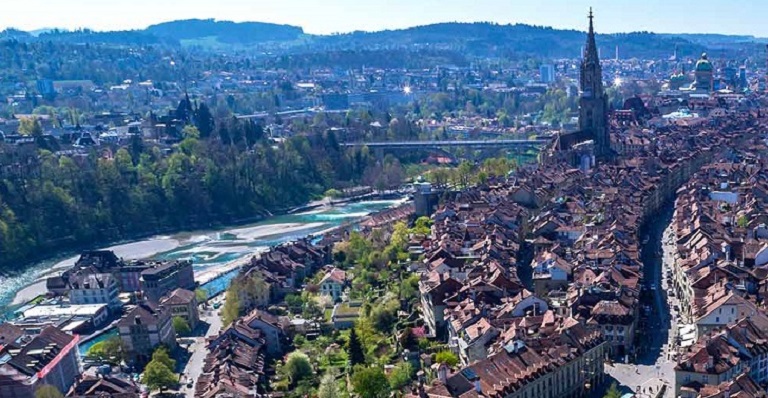 Which emerging markets are the best fit for your business?