This informative article explains the benefits of PPPs and how they allow even smaller companies to get in on the action of large-scale infrastructure projects.

There’s no question that infrastructure in the U.S. is big business right now, so how do Canadian companies get a piece of it? To begin, Canadians are global leaders in Public-Private Partnerships (PPPs), infrastructure contracts that the U.S. has recently started to embrace.

In fact, Mike Marasco, CEO of Plenary Concessions at Canada’s Plenary Group, says the Canadian model has been exported around the world, and to the U.S.

As PPPs become more mainstream south of the border, they offer tremendous opportunities and Canadian companies are well positioned to exploit our country’s glowing reputation.

The bidding process and deep pockets

However, deep pockets are a must when bidding on PPPs, says Marasco.  Once you deliver successfully on a request for qualifications (RFQ), you’re shortlisted from five or six teams to three who are asked to submit requests for proposal (RFP).

At that point, you’re basically designing the project on spec, he says, which is why it gets expensive. That process typically takes 12 to 18 months, but it can take years.

Vantage Airport Group has built airports all over the world and spends “several million” to bid on deals every year, says Marie-Liesse Marc, Vice-President of Acquisitions and Asset Management. The company recently led a consortium to win a $4-billion deal to re-develop LaGuardia Airport’s Central Terminal B in New York. It’s now overseeing construction and managing terminal operations.

“With any PPP, you are presented with a problem and you have to develop a holistic solution over the long term,” Marc said. “The winning solution isn’t selected by happenstance — you need the right team with the right expertise and resources to be successful.”

Smaller companies can get in on the action

SMEs wanting to get in on action are advised to team up with a bigger player, such as an engineering procurement construction contractor (EPC), says Adam Twarog, Regional Manager at EDC.

Marasco agrees, but adds it can be tough because “unlike Canada, the U.S. is parochial about using local talent.” The Canadian companies in the best position are architectural and engineering firms. “Some have had success in exporting their talent to the U.S., but these are large, risky transactions and most little guys don’t have the balance sheet or risk appetite to engage,” he says.

We’ve brought in Canadian partners, or even smaller firms, when we were looking for a particular expertise. We always have local partners as well, but it’s a balance. You can have both.

But it’s not unheard of, Marc is quick to add.

“We’ve brought in Canadian partners, or even smaller firms, when we were looking for a particular expertise,” she said. “We always have local partners as well, but it’s a balance. You can have both.”

For example, on the Laguardia project, Vantage brought in engineering and design firm Stantec and law firm McCarthy Tétrault, both Canadian companies they’d done business with before, as well as Laura Patrick Consulting, a smaller Canadian airport environmental and sustainability consulting firm.

Why PPPs are great

“PPPs span a spectrum of models that can over time assign the different types of risk to the right players,” Twarog says. “When it’s set it up that way, it makes it more attractive for the private sector to join and use their creativity and expertise to come up with the best value.”

PPP models seek to balance the risks, rewards and responsibilities between the public and private entities, he adds.

“When we sign the agreement, we borrow money to do it and assume in our model that we’ll start to pay it back on a certain date. That’s tied to when government starts to make the payments, and that date is tied to when the construction is complete,” Marasco says. “So every day we’re late, it costs a lot of money. In the case of the Humber River Hospital, which was a billion dollar project, every day late could have cost us $300,000. That guaranteed our delivery.”

As well, the projects tend to be huge — many last longer than a person’s entire career. For example, U.S. terms are typically 40 years, he says.

PPPs are also complex transactions with project costs of more than $100 million, typically.

The other challenge, Marc says, is that you can spend millions developing a bid and then lose it to a competitor. “Because of the significant investment, we’re very selective with our teams and competitive about what we pursue,” she said.

The nitty-gritty and how to get in

There are web sites, such as InfraPPP, that list global infrastructure projects and their status and, at the federal, state and municipal levels, governments will also list their open RFPs. But generally, companies want this information before it’s published widely. That’s where being on the ground helps, says Flora Livesey, EDC’s Sector Adviser for Infrastructure and Power.

“Canadian companies should reach out to the Trade Commissioner Service to find out what they know about upcoming projects, and of course, leverage EDC’s knowledge of the region,” Livesey says.

Marc advises smaller firms trying to get in on the action to identify their core strengths and what differentiates them from their competition and use this value proposition to approach larger firms with a need for niche skills.

Marasco believes the biggest threat that companies face in the U.S. is political risk.

“We had a situation in Indianapolis with a Canadian-style PPP for a new justice facility,” Marasco said. “We lost the competition, but then the successful bidder lost the contract as well because city council turned down the project as a whole. We all spent millions bidding and politicians shut it down.”

Being on the ground

Plenary Group is a PPP veteran and it has offices across the U.S. with 22 employees in total. Having an office in Denver allows Plenary to be seen as a serious player in the Colorado market.

“Is it necessary? Probably not,” he said. “Did it help us qualify for contracts? Absolutely.”

Marc agrees saying having face-time with customers is what’s essential, whether you have an office set up in the city where you’re bidding or not.

Keep your eyes open for opportunity

In summary, Canadian SMEs should keep their eyes on PPP and other infrastructure projects that will be rolling out in the coming months and years. Staying in touch with U.S. contacts is one way to be in the know, tapping resources such as those of the Trade Commissioner Service is another.

What they are: A public-private partnership is a typically long-term, contract between the public and private sectors, to build and maintain whatever the contract specifies. Generally, it’s infrastructure.

The opportunity: The U.S. has an infrastructure deficit of $3.3 trillion. Not all the work will be done through PPP, but as the concept takes hold in the U.S., much of it will.

Big bucks bidding: These deals typically cost millions just to bid on them as the requests for proposals require a firm to do about 30 per cent of the design work before they ever get the contract.

How SMEs can score: SMEs should align themselves and their niche services with companies that have the deep pockets to win these bids. Figure out what distinguishes you from your competition — your value proposition — and shop that to bigger players.

Ear to the ground: Knowing a PPP is in the offing is essential. Watch websites such as this one http://www.infrapppworld.com and also of municipal, state and federal governments. 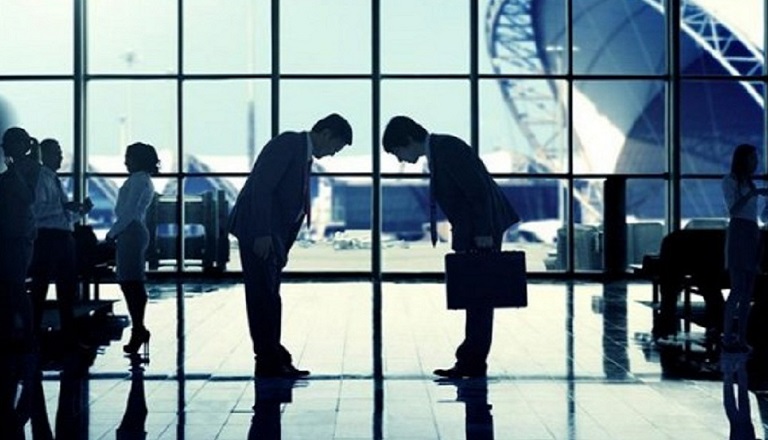 Guide November 17, 2016
How to qualify as a preferred vendor

Get the most benefits of being preferred supplier by learning how to select the best suppliers (primes) for your company, and convince them to choose you.