An emerging economy with a diverse culture and array of traditions, the Indonesian market is worth exploring for Canadian businesses. As a country risk analyst for Export Development Canada, I embarked on a recent market research mission to Singapore, Indonesia and Japan to identify the opportunities and political risks in these markets for aspiring Canadian exporters. Here’s my second blog in a three-part series.

Leaving Jakarta’s tidy and well-appointed international airport, I sit back and relax, gazing out of the large glass window of a shiny new train. I watch the changing scenery unfold as we zoom past shanty towns located along the tracks before arriving at the Indonesian capital’s financial district with its gleaming skyscrapers and imposing modern shopping centres. Vibrant and diverse, Indonesia is indeed a country of stark contrasts.

Hardly befitting the “diamond in the rough” label that I had mentally attached to Indonesia, navigating the efficient Bombardier-manufactured airport express train to central Jakarta, just 20 kilometres away, was straightforward and more comfortable than many public transit rides that I have taken from North American airports. Upon arriving at the downtown station, I used an app to hail a taxi to get to my first meeting in Jakarta, a mere 15 minutes’ drive away.

Unfortunately, my initial pleasant commute came to a screeching halt after getting stuck in gridlock traffic for the next hour. My meeting hosts at an international credit rating agency flashed knowing smiles when I finally arrived. “I use ojeks (motorbike taxis) to get to work,” said an analyst.

During our discussion, we touched upon the financial health of Indonesia’s many state-owned enterprises, some of which have taken on high levels of debt from state-owned banks to cover spiralling costs related to a government-led building spree. With government-commissioned construction projects sometimes facing delays, some of these companies have had to borrow to cover the cost of labour and equipment that they mobilized ahead of getting paid.

Stepping out of the bank tower following my visit, I couldn’t help but notice motorcyclists, who were decked out in gear with the green logo for “Gojek,” an online ridesharing service, whizzing by with passengers. Although intrigued, I decided to forgo the two-wheeled experience and hailed a taxi using a Singaporean app known as “Grab,” which has come to dominate the ridesharing market in several Southeast Asian countries.

Throughout my visit, I marvelled at the intriguing juxtaposition of the past and the present visible in the mix of Javanese Dutch colonial and ultra-modern architecture present in different parts of the city. While no one likes traffic jams, there’s much to admire about Jakarta’s transportation network, including the ingenuity of the TransJakarta bus rapid transit system with its elevated platforms and impressive new fleet. What made the experience especially enjoyable were, as is so often the case, my positive encounters with Jakartans who were friendly and helpful.

Having experienced this small slice of Indonesia, if you’re contemplating doing business here you need to do your research before tapping into the potential of this massive market. Here are a few things to consider:

As the world’s third-largest democracy and fourth-most populous country, Indonesia has maintained a strong relationship with Canada since the establishment of formal diplomatic ties in 1952. In 2018, our merchandise exports were valued at $2.14 billion and total bilateral trade in 2018 was $3.9 billion. Indonesia is the second-largest destination for Canadian direct investment in Southeast Asia, at a total stock of $3.2 billion in 2018.

On the economic front, Indonesia’s main shortcoming is that its growth has been persistently below its potential. Infrastructure and logistics gaps, a tough business climate and sub-optimal health and educational outcomes are frequently cited as some of the structural factors preventing Indonesia’s economy from growing at a faster pace. In 2019 and 2020, these long-standing constraints will be compounded by weaker Chinese demand for Indonesian intermediary goods and commodities, weighing on the performance of Indonesian exports. Indonesian businesses also appear to be investing less due to the uncertain trade environment.

Notwithstanding these short-term challenges and structural constraints, Indonesia remains an economy with significant opportunities due to demographic reasons. The policy priorities of President Joko Widodo (“Jokowi”), who was re-elected for a second five-year term in May 2019, include continued investment in physical infrastructure, such as public transport, airports and utilities, and human capital, specifically education. With a young population of more than 260 million people and a sizable middle class that has grown to about a quarter of the population from only 5% in 2001, Indonesia represents a market where there’s an upside for Canadian goods and services exports.

Indonesia is our largest export market in Southeast Asia, a geographic region that includes 11 other countries, among them the high-income city-state of Singapore and emerging markets such as Malaysia, Thailand, the Philippines and Vietnam. There are several areas of opportunities for Canadian businesses, among them:

Although Indonesia has taken great strides to facilitate more private sector activity, the country’s business environment remains the greatest constraint for Canadian companies seeking to thrive there. Some of the reasons include:

Basic conditions that companies must have in place to address these challenges when entering the market include:

Indonesia’s tumultuous political landscape is another variable that Canadian companies need to be aware of. The waves of student-led protests that Indonesia saw in fall 2019 were a timely reminder of this fact. Triggered by the passage of a law that weakened Indonesia’s highly credible Corruption Eradication Commission as well as other unpopular legislation, some of these protests by disillusioned youth are believed to have been the largest in Indonesia since the 1998 demonstrations, which brought down military leader Suharto, who ruled as president with an iron fist for 31 years.

Many Indonesians had high hopes for President Jokowi as a new breed of leader who rose from local to national politics on the basis of his ability to improve services and infrastructure rather than political deal-making. During his first term, which began in 2014, Jokowi’s administration managed to improve Indonesia’s ranking in the Ease of Doing Business index, from 120 in 2014 to 73 in 2018. Infrastructure also saw significant investments made possible by increased funds freed up by reduced government energy subsidies in Jokowi’s first term.

However, reform slowed considerably in the last two years of the president’s first term. One of the reasons for this was that Jokowi faced a militant opposition led by longtime rival candidate for president, former general Prabowo Subianto. Using inflammatory rhetoric and an alliance with more hardline Islamist politicians, Prabowo undermined Jokowi and his allies by casting them as “bad Muslims” with more radical groups questioning Jokowi’s faith and ethnic origins. The constant attacks likely forced Jokowi to be more cautious about potentially controversial economic reforms that could chip away at his popularity.

Nevertheless, Jokowi ultimately prevailed, and the confirmation of his victory sparked rare violent clashes in Jakarta between opponents and the police. However, subsequently, Jokowi and Prabowo reconciled publicly and the latter distanced himself from violence by hardliners opposed to Jokowi. Then, in October 2019, Jokowi unveiled his cabinet, which included the controversial Prabowo as minister of defence.

Observers have mixed views on what this political reconciliation might mean for Indonesia’s economic prospects. Some believe that the move will negatively impact reforms as Jokowi’s new allies will have their own political agendas. Others contend that the government could now be more willing to advance sensitive economic policies, which would unlock growth and make Indonesia a more attractive investment destination. Examples of reform policies that are often recommended would be reducing corporate taxes, making it easier for private and public sector employers to lay off permanent employees on performance-based grounds, and reducing caps on foreign ownership that still exist in several industries.

Even if the government and parliament become more focused on reform, labour unions will still oppose employment law changes and Indonesia’s business elites could oppose attempts to open up new sectors to foreign entrants. Reform is likely to be incremental and modest at best over the next five years. This doesn’t signify that Indonesia shouldn’t be on the radar of Canadian companies. It just means that doing business in the country could continue to be more time-consuming and expensive in the short-term than in more mature economies, making it necessary to weigh the costs and benefits of being in a market as large as Indonesia compared to smaller countries in the region.

Check out John Bitzan’s initial blog in this series entitled, Navigating the opportunities and challenges in Southeast Asia. 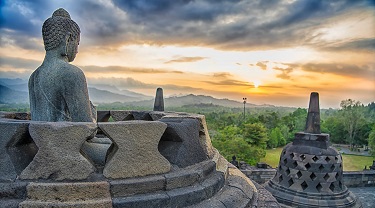 Navigating the opportunities and challenges in Southeast Asia