In the wake of the newly proposed Canada-United States-Mexico Agreement, I took part in a webinar at EDC on How Small Business Can Sell to the U.S. You can watch it on-demand to hear the views of fellow panelists, including Mark Fisher, President and CEO of the Council of the Great Lakes Region; Robert Pelletier, EDC’s Chief Representative in the U.S.; Stephen Tapp, EDC Deputy Chief Economist  and Director of Economic Research & Analysis; and Chris O’Donnell, an Account Manager with the Commercial Markets and Small Business division at EDC. If you’re looking for a quick overview of how the CUSMA might affect your business plans south of the border, this webinar is an excellent place to start.

Is the new deal a big deal?

The short answer: Yes and no. On the one hand, it’s a big sigh of relief, as it reduces the uncertainty surrounding the NAFTA renegotiations that we’ve been living with since the 2016 presidential election. As Stephen Tapp mentioned, the Trade Confidence Index (TCI) results for spring 2018 indicated a full 6% of Canadian exporters were practicing some type of “investment hesitation” in light of the seemingly endless NAFTA discussions. Interestingly enough, the study also noted that despite these jitters, Canadian exports were up by 15%. So, while some businesses took a U.S. timeout, others carried on, both in the U.S. and in many other markets further afield.

On the other hand, for the most part, the new deal does little more than preserve what we already had in place, while giving us some room to build out around the edges. True, the U.S. has more access to our dairy—similar to what was negotiated for CETA and CPTPP—but supply management has been preserved. So too was Chapter 19’s dispute settlement system. Progress was made in digital trade, with all countries recognizing the expediency of not exacting duties on items sold digitally and agreeing to some limits on data localization requirements. The de minimis thresholds for tax-free and tariff-free treatments for express shipments to Canada went up. And we now have a standard agreement on regulatory co-operation subject to dispute settlement, which goes beyond CPTPP and CETA.

The agreement doesn’t cover government procurement between Canada and United States, but both countries will continue to be bound by their WTO Government Procurement Agreement commitments and the 2010 Canada-U.S. Agreement on Government Procurement is still in effect. Furthermore, like the CPTPP, the agreement breaks new ground by addressing issues of corruption that can often stymie the efforts of new entrants, including SMEs to enter new markets.

While the mood in some rooms was that we gave up a lot, I’d argue that we likely couldn’t have done any better given the starting negotiating priorities of all three governments. Yes, it’s a defensive agreement. For example, expanding the categories of Canadian business persons eligible to work in the United States on a temporary basis would have been a big win, but unfortunately that didn’t happen. But in this, as in other areas, there’s an architecture in place for future discussions, which might lead to further progress over time as issues of trade and immigration recede from the headlines.

Speaking of future progress, one of the real benefits of the new agreement is that it puts in place a new chapter for small and medium-sized businesses. It’s an important distinction of a deal that recognizes not only the role of multinationals, but the increasingly huge economic contribution made by small companies across the continent. And while it won’t change your business overnight, it does provide a framework for discussion among the three governments to increase transparency of all programs that benefit SMEs. These discussions can include “progressive” elements, like strengthening their collaboration on activities to promote SMEs owned by under-represented groups, including women, Indigenous peoples, youth and minorities, as well as startups, agricultural and rural SMEs. Furthermore, the agreement affords for private sector representation within a formal, transparent SME committee that will meet annually to formulate joint solutions to small business issues.

How you can grow south

Any way you slice it, the U.S. is an important market to countless smaller Canadian companies and larger ones for that matter. It’s a huge, wealthy, close-proximity market that effectively provides training wheels for exporters. Doing business there gives you a chance to figure things out, put processes in place, and then eventually look to overseas markets. Still, doing business in the U.S. for the first time can seem like putting those training wheels to use on a multi-lane highway. To avoid being overwhelmed, you need to understand that it’s not one, but rather several different regional markets. As EDC’s Rob Pelletier advises, after you’ve done your research, focus on entering one region first, and within that region, pick one state to start. Rob has a number of other tips on building your own U.S. strategy, and how the Canadian Trade Commissioner Service can help you navigate the myriad opportunities south of the border.

As geographical luck would have it, one of the largest American trading blocks lies within an easy distance from our own border: the Great Lakes. According to panelist Mark Fisher, this trading region—eight states and two provinces bordering the Great Lakes—accounts for $278 billion in bilateral trade. That’s roughly 50% of all trade in goods between both countries. With a GDP of US$6 trillion, it’s equal to the third-largest economy worldwide, after the U.S. overall and China. Small businesses looking to break into any one of the eight states that share our border in this area would do well to tap into the Great Lakes Region online portal.

Where do we go from here?

As a trade lawyer, I’ve been asked countless times what the differences are between the old and new agreement. In truth, there aren’t that many. It’s not as if it’s a whole new deal. But perhaps the real impact of the CUSMA lies in its future, because it’s a deal that both recognizes and accommodates new commercial realities. The agreement effectively puts in place various frameworks for continued discussions that will lead to progress on all sides.

At the end of the day, you can’t argue with numbers. The North American regional market is worth US$25 trillion annually. Since NAFTA was introduced back in 1994, the market value has tripled in size. Three-quarters of Canadian exports are shipped to the U.S. each year, and in turn, 32 states count Canada as their No. 1 international trading partner. The deeply knit intersections of all three economies will endure political swings for one simple reason: It works. 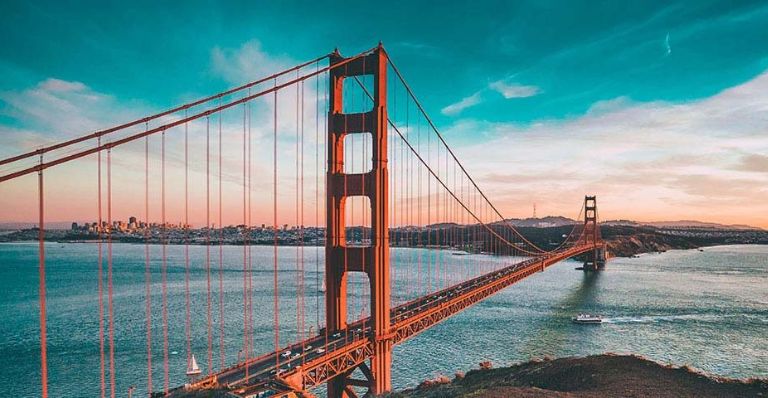 With 300M potential customers, the US is open for business