According to a recent Export Development Canada report, Canadians will buy about $7 billion worth of organic food in 2020. That’s only 3.2% of our domestic agricultural sales for the year, but our demand for these products is growing so fast—at a rate of more than 8% annually—that domestic production can’t keep up. In response, Canadian farmers are steadily expanding their organic acreage as they find new opportunities in the burgeoning demand for organic foods.

Only food products with an organic content greater than 95% may legally display the Canada organic logo, which is regulated by the Canadian Food Inspection Agency.

The organic food and farming sector is growing by leaps and bounds in Canada compared to the non-organic sector. We’re now the sixth-largest organic consumer market in the world. In fact, if you combine the United States and Canadian organic markets together, they account for half of the world’s organic consumption. The international demand is enormous and COTA received a large envelope of funding from Agriculture and Agri-Food Canada (AAFC) to help grow export markets for Canadian organic products.

Domestically, two-thirds of Canadians purchase at least some organic food every week with younger people buying more. This is heartening since it shows that people recognize what organic is and that they’re thinking about what they eat. They’re recognizing that organic doesn’t mean just freedom from chemicals, for example, but that it’s also part of an environmental position that ties into ecosystem health and climate change.

Organic by the numbers

There were more than 7,500 organic operations in Canada in 2019, accounting for roughly 2% of total agricultural land. The majority are primary organic producers concentrated in Quebec, Saskatchewan and Ontario. Most processors, handlers and retailers are based in Quebec, Ontario and British Columbia.

Ironically, lack of production capacity rather than low demand is one of the sector’s biggest headaches. Canadian organic land use ranks 11th in the world and is behind several countries that have far less arable acreage. We’ve never been able to produce enough organic to meet demand, so this is a good time for farmers to convert to organic. Doing so can ensure the long-term sustainability of their land and allow them to profit from the premium these products fetch.

Demand has traditionally been highest for organic fruits and vegetables. According to third-party studies commissioned by COTA, though, the appetite for meat and poultry is catching up. People are looking for animals raised in humane growing conditions without hormones or GMO-based feeds. I’ve also heard that many farmers have converted to organic because they have families and want to stop spraying chemicals. As a result, more and more of them are moving into organic farming, especially younger people taking over from their retiring parents.

This transition should eventually ease Canada’s organic supply problem. But for now, the shortfall is being met by imports, which brings its own issues. For example, we have an organic equivalency arrangement with the United States and most Canadian importers certify to the U.S. standards. But there are three critical variances between the U.S. and Canadian standards, which are monitored by the Canadian Food Inspection Agency (CFIA). If you’re an organic importer, you must be aware of these variances and make sure you’re using the correct certifier, one accredited by CFIA or the National Organic Program (NOP).

The big risk with imports is that fraudulent “organic” products could enter the country and be detected after the fact. Ensuing investigations can undermine consumer confidence about organics in general, not just imports. I believe we need better mechanisms to catch such fraud before they cross the border.

Canada has established organic equivalency arrangements with the U.S., the European Union (EU), Japan, Switzerland, Taiwan and Costa Rica. This means, we’ve all agreed that the organic regulatory systems and standards of each country achieve the same results, even if by different means, and can be considered equivalent. For more information, go here. 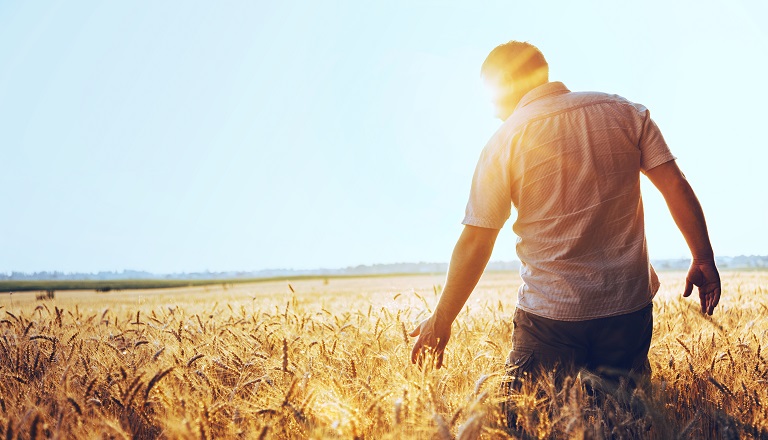 Report November 27, 2020
The organic food market in Canada and its global influence

Capacity is a sizable challenge for the sector, but not the only one. While there are federal standards for organic food, the provinces have been free to set their own organic regulatory criteria if the product is sold only within the province. That means, there’s no overarching development strategy to not only co-ordinate current federal and provincial approaches, but also build on them. For comparison, the U.S. government has programs that encourage farmers to go organic such as subsidizing certification costs and training people how to farm organically. We haven’t reached that level of comprehensive federal support yet.

Another issue is that there are no federal or provincial standards for non-food products such as organic cosmetics, body care products, textiles, cannabis and tobacco. We’d like to see a much stronger strategy from CFIA, AAFC, Health Canada and Environment Canada for developing these regulations, especially since organic can contribute to sustainable development goals, climate-change objectives and so on. Selling these products could offer many opportunities at home and abroad, but without regulations in place, it can’t happen.

Canadian organic exports were worth $461 million in 2019 and accounted for about 1% of Canada’s total exports. One might think that our fragmented regulatory system would hamper our export performance, but in fact, it doesn’t. This is because organic exporters automatically come under the federal standards, for which we have the equivalency agreements mentioned above.

It’s not all smooth sailing from there, though. There are trace amounts of pesticides in the air all across North America. Glyphosate is a big offender and glyphosate contamination can be a problem for organic exporters shipping to the EU. Organic products are tested in accredited CFIA labs to ensure there are no trace amounts in a product due to drift. But sometimes, when the products reach the EU, they retest the product in their own labs and it gets rejected despite having passed the Canadian tests. After that, it can’t be sold in some EU member states at all—it’s sent back to Canada. So, the contamination issue is constantly front and centre for COTA to determine how to mitigate contamination and ensure lab testing technologies are the same as the EU.

COTA’s research shows that Quebec leads the development of the organic sector and has set clear-cut goals for its provincial industry. New Brunswick and Nova Scotia have subsidy programs to help farmers with certification costs, but none of the other provinces have such programs. To fill the gap, COTA has launched the Support Organic Change Fund, which helps farmers pay for the certification process in their first three years of transitioning to organic practices.

We also help fund exporters to go to trade shows and we do buyer missions to facilitate business-to-business meetings, as well as working with AAFC’s Market Access Secretariat and the Trade Commissioner Service. We’ve also partnered with EDC for many years. We like to promote EDC services because we have so many members who need financial bridging and insurance when they’re exporting. So, our relationship with EDC meshes very well with our work on exports.

Future of the field

The more farmers who convert to organic, the more benefit there will be for Canada’s agricultural landscape. Moreover, we must think about who is going to grow our food in the years to come, especially given our many aging farmers. But we’re fortunate that the people who are attracted to organic tend to be younger and there are many women among them. Given that, plus the steady growth of domestic and international demand, I think we have a rosy future ahead of us.

If you’d like to learn more about Canada’s organic sector, be sure to read EDC’s 2020 report, The organic food market in Canada and its global influence. It covers the present state of the industry, its domestic and export performance, its growth prospects and much more.