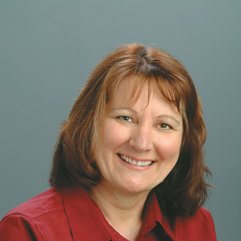 Every day, thousands of greenhouse-grown plants and cut flowers like gerberas, tulips, snapdragons, lilies and chrysanthemums are shipped to the lucrative markets of the United States as part of Canada’s annual $420-million in floriculture export sales.

In a move to boost floriculture sales to this key market, Agriculture and Agri-Food Canada recently announced more than $390,000 in funding under the Growing Forward 2 AgriMarketing program to enable Flowers Canada Growers (FCG) to build standardized training for an export certification system and to support marketing activities.

Currently, the vast majority of floriculture exports to the U.S. go through the Canadian Greenhouse Certification Program, but procedures for determining phytosanitary compliance without a standardized program require a big time commitment and can prevent many farms from participating in the export market, says Andrew Morse, Executive Director of FCG.

Morse says the 2004 program will be replaced by the United States-Canada Greenhouse-Grown Plant Certification Program.

“This includes a standardized educational component to make sure that every farm across the country using this export program has a sturdy and well-rounded understanding of what’s expected of their farm, and how to perform up to the standards of the program and stay in compliance,” he adds.

Morse says the funding will also help FCG – the national trade organization focused on improving the visibility, competitiveness and profitability of the floral sector – increase its international market share through various initiatives such as tradeshows and sales missions.

Canada’s exports of floriculture and nursery products (and Christmas trees) place it 10th in the world, behind countries like the Netherlands and Colombia that dominate the global floriculture marketplace, according to statistics from Agriculture and Agri-Food Canada.
Given its geographical location, Canada’s floriculture exports are primarily to U.S. states closest to Canada, says Morse, citing distance to market as a trade barrier for the industry.

“But as Canadian growers try to improve their competitiveness, they’re certainly looking at states that are further away. That’s affected by all sorts of factors ranging from cost of production to price of fuel in different areas. So typically, markets within a day’s drive are going to get quite a lot of attention, and beyond that you’ll see sales drops off, except for, maybe select products in high demand,” he adds.

Morse believes if growers have a better understanding of the program it will improve access to their markets. While the new program, expected to be released late in 2017, could be more work for some farms, it will include additional opportunities for some stakeholders.

“Ensuring the industry has a very high level understanding of the program will support exports,” he says.

Gina Marchionda, controller at Jeffrey’s Greenhouses in St. Catharines, Ontario agrees that standardization is important for the industry.

Jeffrey’s ships more than 1.4 million potted plants a year primarily to New York state and Texas, and direct exports account for at least 50 per cent of the company’s sales volume.

While most of its potted plants are grown by Jeffrey’s, the family-owned business does purchase some finished plants, such as hydrangea and poinsettias, from local greenhouses to satisfy demand from its U.S. customers.

“While the standardized training will assist us in staying in compliance with the program so that there are no surprises when CFIA performs their scheduled compliance audits, it will also encourage other local greenhouses who are not currently participating in the program because of the complexity of navigating the program, to become certified, thereby broadening who we can purchase product from,” she adds.

“The agri-marketing funding will certainly showcase our product in various U.S. markets through trade shows and hopefully lead to increased sales, either directly or indirectly through our sales to other local greenhouses and wholesale brokers,” she says.