Looking for new customers? You may find them going even more south of south.

Most Canadian businesses start their international growth journey by going south, just over the border to the United States. But if you’re on the lookout for new customers, skilled talent, or somewhere to set up business operations, you may want to go a little further beyond the equator to Latin America.

No matter the size of your company, regardless of which industry you’re in, you have the chance to find new customers in South America’s populous countries. An emerging middle-class of consumers means new e-commerce and retail opportunities for small Canadian firms, and infrastructure demands are ripe for Canadian opportunists.

"Everyone and everything moves fast, and the economy is being tested every day,” Hamm said while participating in an EDC webinar panel in 2017. “We have to employ a whole new skill set when we go to Latin America.”

A more important tip, he says, is to remember that “doing business in Latin America comes down to the strength of your relationships.” 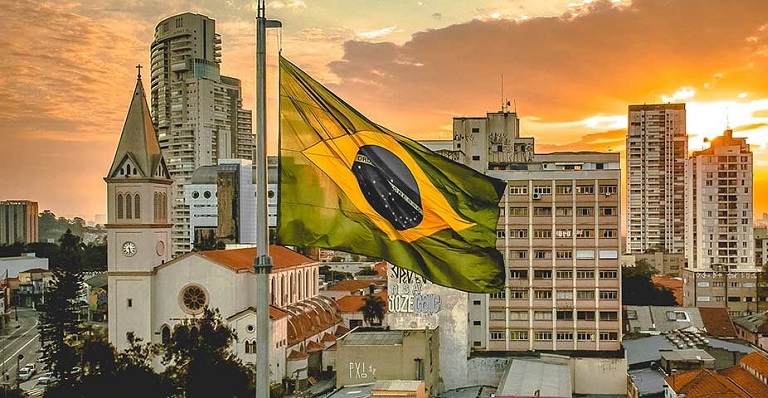 Hot Spot: How to Break Into the Latin American Market

Latin America offers a wealth of opportunity for Canadian exporters. Our new webinar examines the challenges and maps out strategies for success.

3 Reasons Latin America should be part of your business plan

1. Other Canadian entities have laid the groundwork for you.

Thanks to companies like Acadian Seaplants, the Canadian brand is highly respected in Latin America. Canadians are reputed as straight shooters, honest brokers, fair traders – pick your metaphor. “Our aim is true,” Hamm says of his company’s approach to buyers.

“We are not afraid to invest in partnerships and relationships,” Hamm says. “Partnerships are about trust and confidence. If you’re truly partners, you make each other bigger, stronger and better by bringing value to each other.”

Ensure buyers understand how you operate, says Hamm. With more transactional buy-sell relationships, you also must go in ready to “declare your intentions and terms of engagement up front.”

In South America, locating strategic partners as part of your market entry strategy is essential. Export Development Canada can help you find buyers. The Trade Commissioner Service (TCS) has experts on the ground who can make introductions with qualified experts.

Using established Canadian partnerships can help you navigate some of the challenges to doing business in Latin America. To avoid getting inadvertently caught up in corruption schemes and financial crime, the TCS can help you vet partners and understand the legitimate regulatory environment.

The Canadian government has also put foundational partnerships in place, with a particular focus on joint research and development in science and technology. Global Affairs Canada has identified a number of South American countries as priority markets.

2. The economy is growing

Mercosur, made up of Brazil, Argentina, Uruguay and Paraguay, is the fourth-largest trade bloc in the world.

Canadians sold $13.2 billion worth of goods to Latin America in 2017, including $1.7 billion to Brazil, Canada’s second-largest trading partner in the region after Mexico. Goods sold to Brazil represent about one-eighth (12%) of all Canadian merchandise exports to Latin American.

In addition, service exports to Brazil accounted for over $1 billion last year. Canada has the opportunity to meet development challenges here, particularly in agriculture and infrastructure. Nearly half of Brazilians lack access to adequate water and sewer treatment facilities, for example.

Many countries in Latin America are part of the phenomenal growth trend of “outperformers”, with economies growing at multiple times the global average over a sustained period of time.

In March, Canada launched trade talks with Mercosur. If trade negotiations are successful, your business could have tariff-free access to an additional 260 million customers. Canada’s two-way trade relationship with Argentina, alone, was worth over $2 billion in 2017.

With a combined Gross Domestic Product (GDP) of $3 trillion, these developing countries are looking to companies in Canada and elsewhere to aid with diverse areas of development, including agriculture, infrastructure and machinery.

Canada already has enjoyed free trade with Chile for more than two decades, a relationship that will be strengthened once the new Comprehensive and Progressive Trans-Pacific Partnership (CPTPP) trade deal is ratified by six of 11 signatory countries. Chile has one of the world’s most liberal investment regimes. Other free trade partners for Canada include Peru and Colombia, two of the four signatories of the Pacific Alliance.

With all the opportunities, Latin America continues to represent challenges for those looking to establish business relations there. Discover how to navigate the market with our upcoming webinar, Hot Spot: How to Break Into the Latin American Market. Determine strategies for success through an in-depth analysis of three key Latin American markets, Brazil, Argentina and Uruguay, by an expert panel. Get answers to your own questions during the Live Q&A.

Register now for our November 1 webinar and learn about: