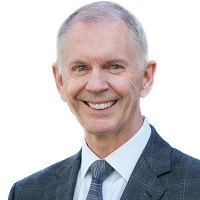 Mr. Gordon was appointed to EDC’s Board of Directors in April 2014. Mr. Gordon spent 25 years with HSBC, one of the world’s largest banking and financial services organizations, serving as President and CEO of HSBC Bank Canada for nine years. Prior to HSBC, he spent 10 years in senior roles with EDC. Mr. Gordon currently serves on a variety of Boards including HSBC France and HSBC Bermuda. He is also Chancellor of the University of British Columbia (term commenced July 1, 2014) and co-founder of the CHILD Foundation. Mr. Gordon was a past Director for the CD Howe Institute and was a member of the Canadian Council of Chief Executives. Mr. Gordon was the 2010 recipient of the B’nai Brith Award of Merit for Outstanding Canadians and a recipient of the 2012 Queen Elizabeth II Diamond Jubilee Medal. He holds a BA and Master of Business Administration from the University of British Columbia.