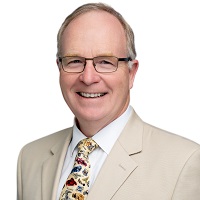 Mr. McLeese was appointed to EDC’s Board of Directors in April 2015. He is the Founder and President of Toronto-based Access Capital Corp., a financial advisory firm specializing in the independent power industry, where he provides strategic and financing advice to buyers and sellers of alternative energy projects. Mr. McLeese is also Chairman and President of ACI Energy, Inc., Georgian Villas Inc. (operating as Cobble Beach Golf Resort Community), and a Director of Pond Technologies Inc. He is a past Director of Rand Capital Corporation, Buffalo, a past Advisory Board member of Fengate Capital and a past Director, Treasurer and President of APPrO (the Association of Power Producers of Ontario). He is also a past Director of Creststreet Power and Income Fund, co-developer of wind projects in Quebec, Nova Scotia, and Alberta.  Mr. McLeese is the recipient of the 2011 Probyn Prize for innovation in sustainable energy finance and a Recipient of the 2012 Queen Elizabeth II Diamond Jubilee Medal and of the 2017 APPrO industry Hedley Palmer award.