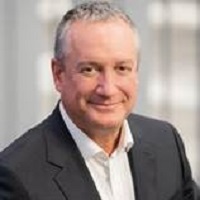 Richard was appointed to EDC’s Board of Directors in March 2021. He is currently a Board member of the Orchestre Symphonique de Montreal and of Lemay and a former Board Chair of the Canadian Chamber of Commerce and the Fédération des Chambres de Commerce du Québec. Until January 2020, Richard was President and CEO of Manulife Quebec. It was there where he was responsible for the development, implementation and execution of the Quebec strategy to advance Manulife’s position and support the company’s vision to become a digital and customer centric organization. Prior to joining Manulife, Richard served as CEO for the Americas Region for BDO International. A Top 25 personality in the financial industry in Québec in 2018 and 2020, he also received the Queen Elizabeth II Diamond Jubilee award recognizing Canadians who have made significant contributions to their communities and to the Canadian nation.

Richard holds a Bachelor of Business Administration from HEC Montreal and is a Fellow of the Quebec Order of CPAs.